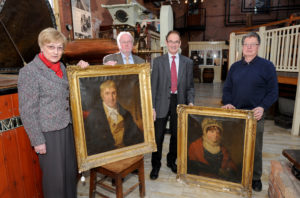 Two historic paintings with links to the early days of brewing in Burton have been bought by the National Brewery Heritage Trust (NBHT).

The portraits of William and Martha Worthington, members of the famous Burton brewing family, were bought for £500 including fees at an auction in Clevedon near Bristol.

The portraits of William and Martha are believed to be the only known images of them.

Now the NBHT plans to raise to the money needed to restore the paintings before they’re put on display in the National Brewery Centre museum in Burton.

According to one expert, restoration could cost several thousand pounds. 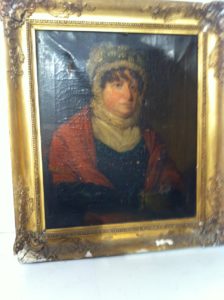 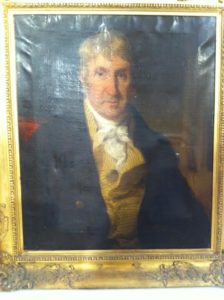 And if William hadn’t invited the artist to his house to paint a picture of his greyhounds they might never have been painted. Apparently, on meeting Jones the couple were moved to sit for their portraits. It appears the portraits were lost for many years before being rediscovered at a house in Bristol.

Both the portraits are 75cm by 62cm in size.

NBHT Collections Sub Committee chairman Harry White said the Worthington and Evans families played an important role in the development of Burton’s brewing industry and it only fitting that the portraits will now have a permanent home in Burton.

Harry White said: “The Evans and the Worthington families were key players not only at the time of Burton’s Baltic trade (the late 18th century) but also during the development of the town as the brewing capital of the world in Victorian times.

“The pictures provide a unique link with Burton’s historic past and we now plan to raise the money needed to restore them so they can be put on display in the museum.”

NBHT chair Keith Norris said: “I am very pleased that the Trust has been able to secure the portraits and bring them back to Burton-on-Trent.

“The purchase of the portraits together with our other major project to digitise 5,500 photographs of Charrington pubs and associated history, images of which will be available for purchase next month or so, are important elements of our strategy to preserve and enhance the collection in order to promote the economic and social heritage of not only Burton’s but also Britain’s brewing industry.”