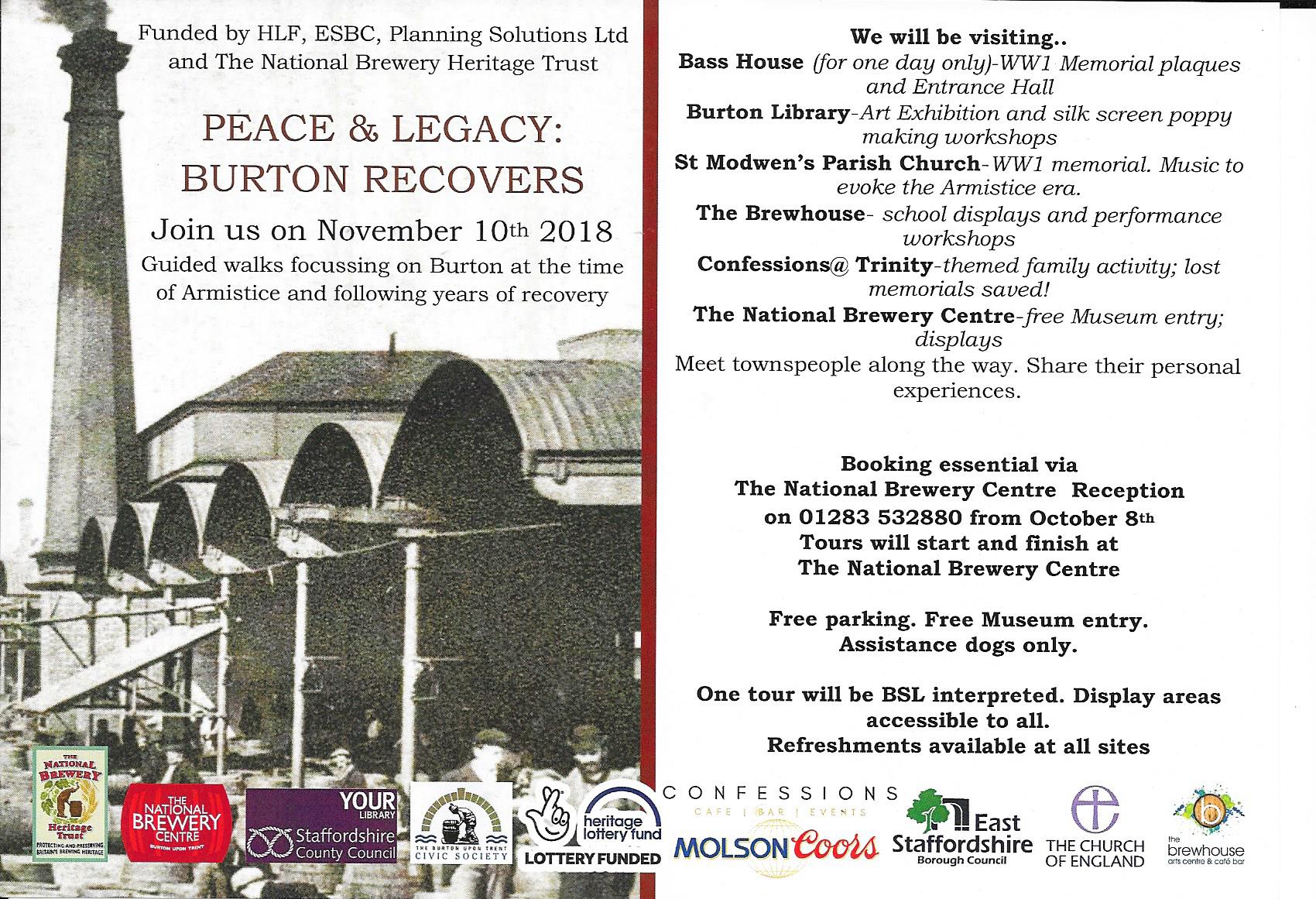 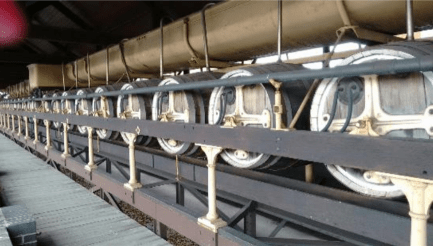 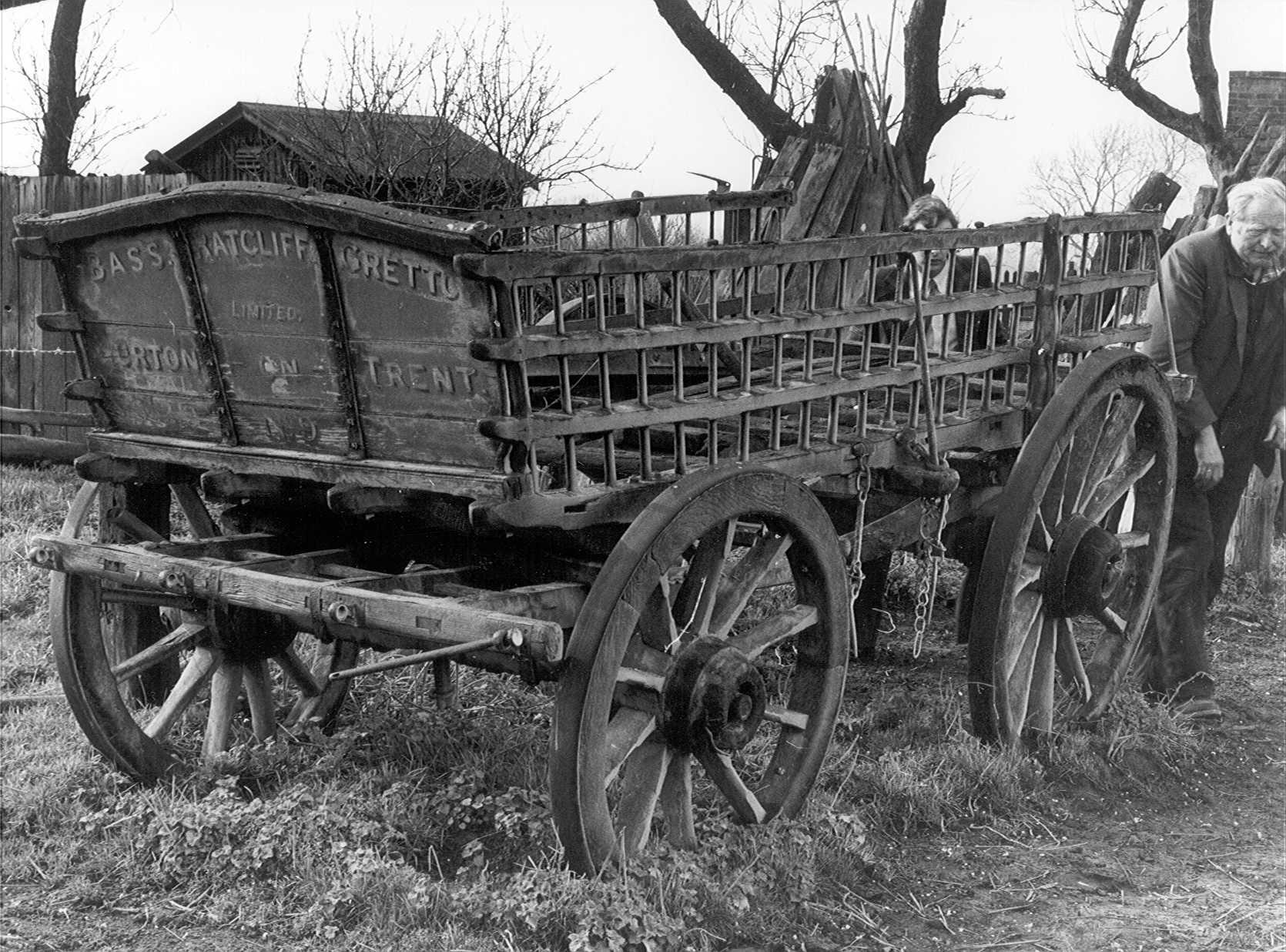 This celebration of 100 Years since the end of the Great War is being supported by the Trust and managed by The National Brewery Centre (NBC). On 10th November the NBC hosted guided walks focussing on Burton at the time of the Armistice and following years of recovery.

Now you can see the digital trail at  burton.placesandtrails.com

The Trust is seeking support for the restoration of this rare surviving example of a system of fermentation favoured by the majority of Burton’s brewers from the mid-nineteenth century onwards for the production of the ales for which Burton became famous.

This “double” Burton Union Set boasts 52 casks, each with a capacity of 150 gallons, giving the Set a nominal total volume of 200 brewer’s barrels, or 7,200 Imperial gallons. At the end of the nineteenth century there were more than 100 such double Sets operating in Burton. The Union system was particularly effective because during fermentation excess yeast was expelled naturally via  the “Swan Necks” – the curled pipes inserted into the tops of the casks – into the “Top Trough”, where it stayed, chilled, until transferred for re-use in the next brew. The beer remained in the Union casks until run down into the wooden “Bottom Trough” and thence into large vats, from which it was racked (filled) into oak barrels for despatch to depots and onwards to customers.

Approximately 500,000 items of brewing industry–related archives and artefacts, spanning over 250 years, are held in store in Burton-on-Trent. This unique and unsurpassed collection illustrates the important roles that beer and the brewing industry have played in the UK’s social, economic and technical development, and how they have helped shape the British way of life.

One of the key objectives of the National Brewery Heritage Trust (NBHT), in addition to protecting and preserving this material, and ensuring it remains intact for future generations, is to increase its public visibility and accessibility and the Trust is therefore seeking donations towards the project

Once horse drawn wagons carrying grain, hops and beer were the vehicles of choice for brewers and farmers. This vehicle was sold by Bass in 1932 to Ian Anchor of Thurlston. He purchased “five brewery waggons, three brewery carts and one set of heavy horse harness for the princely sum of £50 twelve shillings and sixpence” (£50 62.5p). Years later the wagon was later discovered at Wilson House Farm, Wilson. In 1983 was bought to the museum, where it underwent a complete restoration courtesy of the trades still employed within the Bass company. In the 1990s it was once again refurbished by a group known as NACRO-rehabilitated prisoners. Fast forward to 2018 and once again it is time to lovingly restore this piece. The National Brewery Heritage Trust has been appealing for funds with a hope to get the restoration work completed this year.