WHY SHOULD WE CARE ABOUT OUR BREWING HERITAGE? 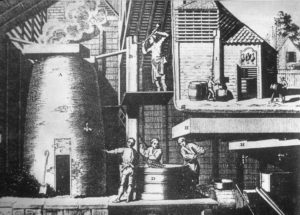 We must protect and preserve our brewing heritage says Harry White.

Brewing heritage embraces the history of brewing as well as its traditions, perhaps adding a whiff of nostalgia for times past. But, I believe heritage also implies a sense of value – a feeling that over the centuries beer and brewing have made a positive contribution to our development as a society, and have left a legacy.

I believe our brewing heritage is a story not only worth telling, but also documenting and preserving, so that it can be passed on to future generations.

Beer brewing did not originate in the UK – we have to go back to Mesopotamia (modern day Iraq) somewhere between 3,000 and 2,000 BC for that. However, the Romans relate that brewing was already being practiced in Britain when they arrived, and the first “pubs” or ale–houses can be traced back to Anglo –Saxon times.

The “Mistery” (or Gild) of London Brewers was confirmed by Royal Charter in 1319.  However, the first brewing on a large scale can be traced back to monasteries. These spread across the country following the introduction of Christianity, and they all included a brewery to provide refreshment for monks and visitors alike. Moreover, it was the gap left by the dissolution of the monasteries in the mid–1500’s which acted as a stimulus for the further development of the public house – that uniquely British institution, admired the world over. (As an aside, what better indicator is there than pub signs of the passions and loyalties, activities and idiosyncrasies of the British public through the ages – a legacy in their own right).

So how and why is it that, since the earliest of times, beer and brewing have played such an intrinsic part in the British way of life?  Beer is still often referred to as our national drink, and is capable of arousing feelings and passions in a way that neither tea nor coffee (and nowadays wine) ever will. Looking into the reasons for this, a number of factors emerge which start to give some substance and a rationale for what I believe constitutes our brewing heritage. I do not pretend that what follows is a definitive list, but it’s a start:

So, our brewing heritage extends back a long way, and has many facets: nutritional, economic, social and technical. Is it a subject worth documenting and preserving for future generations?   Yes, I think so, if only because it has been (and still is) intimately related to our development as a society and as a nation.  Beer is not unique to the UK, but the way in which we have enjoyed it, and integrated it within our way of life and communities, certainly is. And it’s a story well worth telling (preferably over a pint or two).